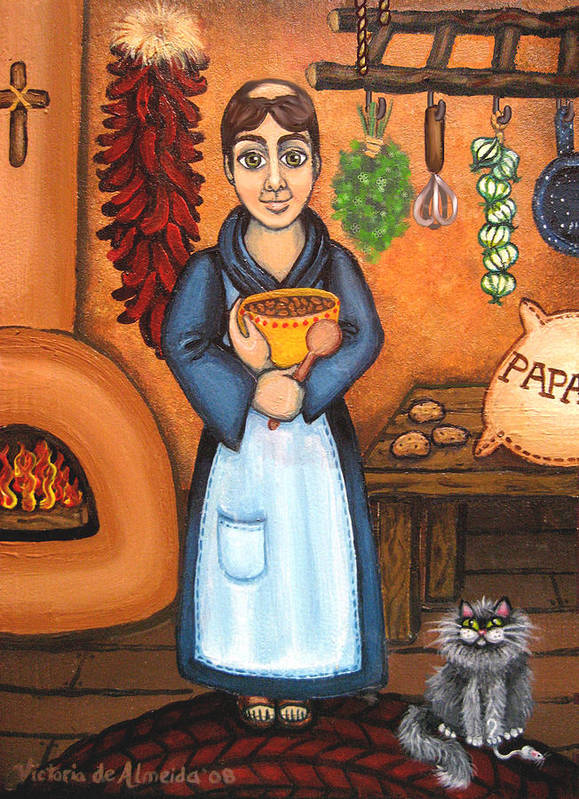 Rolled in a Tube

San Pascual BAD KITTY art print by Victoria De Almeida.   Our art prints are produced on acid-free papers using archival inks to guarantee that they last a lifetime without fading or loss of color. All art prints include a 1" white border around the image to allow for future framing and matting, if desired.

Congratulations on your super successful sale!

Congratulations on your sale, Douglas!

Congratulations on your Sale! Wish you many more :)

Greg! Your work is amazing TAMBIEN! You rock man!

Your work is amazing. I love the colors, the subject matter, the cats, everything. Your talent is beyond words. I love all of it!

Thank you so much. That made my day!

I'm your big fan, love all your work!

Pascual Bailon (1540-1592) was born, in May of 1540 in Torre Hermosa, Aragon, Spain. In his youth he was a sheep herder and was often seen praying in the pastures. His faith lead him to the Franciscan monastery in Loreto. Because he was uneducated, the friars would only accept him to do menial tasks such as cooking. His devotion to his faith and kindness of heart to the poor made him beloved by all. San Pascual is the patron saint of cooks and the kitchen. He is especially loved in New Mexico.